OK so for some it may be a little too early to start talking about Christmas but this year especially I want to have everything done and dusted, before the baby arrives!

I’ve already bought presents for all our friends and just have immediate family to buy for, and that includes Hugo and Holly!

I called in to our local pet superstore last week, for some doggie toothpaste, and seeing all their Christmas goodies out on display it was too tempting not to fill my basket!

We’ve been looking for a harness with less material and a nice fit for ages and this is perfect! You can alter the chest strap, the belly strap and the connecting strap so you do get a really good fit. We’ve already tried it on Hugo (obviously with his eyes closed so as not to spoil the surprise on Christmas morning!) and it looks and feels great!

Holly already has one of these and we love it! We tried a traditional slow feed bowl but I wouldn’t recommend them if you have a pug because their eyes get precariously close to the protruding nodules and I got really worried that we might have an eye injury as a result. The tray works just as well, probably better, for flat faced dogs, so we bought a second to use when the first ones in the dishwasher! 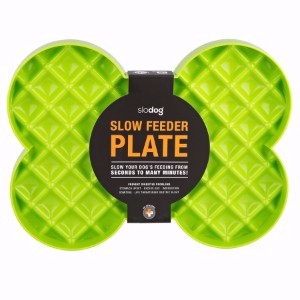 What an absolute bargain these are! £2 each and Holly absolutely LOVES them! I bought one to try (because Holly’s so funny with toys) and it worked a treat at distracting her from the Bonfire Night fireworks so I went back and bought loads more! She’s killed the squeak (which is always the first thing she does – and lets face it that’s never a bad thing!) the second thing she does with toys is try to rip their insides out but she 100% has NOT managed this with these!! For £2 each we love them! 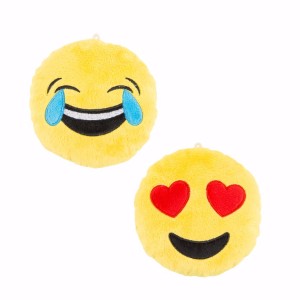 I bought these at the same time as the emojis and they’re as robust and well made, meaning Holly has bitten, chewed and generally tried to kill them and they’ve been able to withstand it all! A great festive addition to a pug Christmas stocking! Again at £3 each, an absolute bargain!! 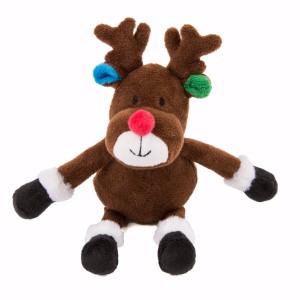 If you’re looking for a gift for crazy pug lady (rather than their pug) then books are great. We have lots of training and pug ‘maintenance’ books any of which would be a great gift. My favourite is How to Train a Superdog! We’ve used loads of the methods in here and all have worked well with both Hugo and Holly!

Holly loves to chew. She never really grew out of it and when we checked with the vet when she was about a year old they said she still had 7 puppy teeth that hadn’t fallen out! We had them removed but she still loves to chew! We bought another antler (making the count 3!) because every single night just as she’s about to settle down and snuggle in she sits by the shelf they’re kept on and waits for you to get them for her! Thankfully she doesn’t chew furniture or skirting boards anymore!

OK so not actually a Christmas gift but we supplement Hugo and Holly’s food with Lily’s Kitchen and while I was in there I took the opportunity to stock up on their foil packs. They’re the perfect size for a pug, easy to chop into small cubes or mash in with biscuits and they love it!

Again, we already use these biscuits so I stocked up! They’re quite a solid biscuit so we usually have to break them up before giving them but they do love them and if you’re wanting to give a small treat in the evening or before bedtime then these are perfect!

Quite a haul there for Hugo and Holly and hopefully some tips for you and your dogs Christmas list! I’ve included links to most of the things we bought to make things a little easier if you want to take a closer look at anything!

You may also enjoy:

A family friendly lifestyle blog sharing all things pug, everyday life, style and adventures, all with two toddlers in tow!