We’re teaching Holly to be quiet, to stop barking on my command.

We’ve worked with Hugo to stop him barking using the time out technique but that didn’t quite work for Holly in these circumstances. Most of her barking is at the neighbours grandchildren or birds in the sky or sometimes just random noises like sirens or car doors banging. Sometimes she barks at what seems like nothing and it was getting worse!

She’s very protective and a little anxious and I believe her barking is to alert us to what she sees as ‘danger’ so I don’t want to stop her barking altogether. I’m trying out a distraction and reward technique which allows her to bark once to tell me she’s not happy about a situation but then to stop.

So far we’ve managed to get her to realise when she stops barking she gets a reward!

She tested me, as she did when we were teaching her recall, by running and barking almost like, ‘look at me, I’m running away to bark at that dog!’ then running back to me for her reward for stopping! She does the same now! She runs to the fence as though she’s going to bark at the neighbours then looks at me, waiting to be called back for her reward for not barking! If she actually barks she doesn’t get rewarded for these sneaky attempts but it’s a good sign that she understands what I’m asking of her!

So far so good, we just need to continue what we’re doing and eventually she’ll bark once or twice to alert us and then stop without the need for a reward every time.

What you’ll need if you want to try this technique

High value treats as a reward and lots of them!

We use Holly’s favourite Cheesy Nibbles as a reward but you can use anything your dog responds to, but doesn’t normally have every day. Chicken has worked well for us in the past as has cheese but Holly really responds to her ‘cheesy bites’ so we cut them in half or quarters and keep a stash of those for training.

If they’re anything like Holly you’ll need a lot of rewards so be prepared and have a big pocketful! Make them big enough that they get a taste but small enough that they don’t need to stop to eat it.

Now you need to decide what word you’ll use to ask your dog to stop barking. We’re using two. Holly understands the ‘ah ah ah’ command means no so we use that to stop the initial barking then when rewarding her we use the ‘quiet’ command by praising her for being a ‘good girl being quiet’ ‘good girl quiet’ ‘Holly being quiet’. We use the word ‘quiet’ a lot when praising her! Eventually she will respond to the word quiet and understand it means stop barking but for now as she understands ‘ah ah ah’ we’re using both together. She a fast learner, especially when there’s food involved, so hopefully she’ll pick it up quickly!

We also use visual cues when we say ah ah ah & quiet so she’ll learn to associate them with the reward too!

Training has been a little slower now we have a small human in the house but my aim is to introduce the commands slowly over a few weeks and then dedicate a whole weekend to it when hopefully we’ll crack it!

As with any training for us little and often is the key to start off with. I don’t want to bore her and I don’t want to wear her out so we ease her in gently and then practise hard until we’ve got it!

Watch out for the results on our Instagram Stories!

Stock Up On Training Treats! 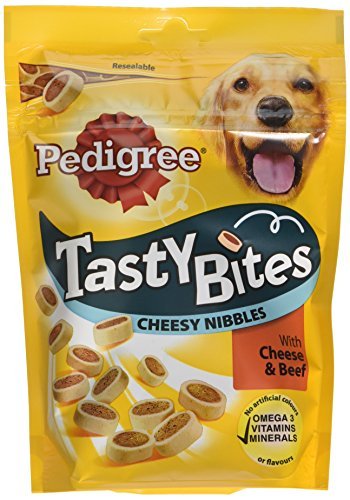 You may also enjoy:

A family friendly lifestyle blog sharing all things pug, everyday life, style and adventures, all with two toddlers in tow!